Should you feel like having a taste of HISTORY & CULTURAL life, you can go to the famous “golden triangle”, which consists of…

Highlighting ‘el Guernica’ by Picasso, arguably Spain’s single-most famous artwork, and a host of other important Spanish artists; this is Madrid’s premier collection of contemporary art. The collection principally spans the 20th century up to the 1980s.

In addition to Picasso’s Guernica, which is worth the admission fee on its own, the work of the Madrid-born Juan Gris (1887–1927) or Georges Braque (1882–1963) may appeal. The work of Joan Miró (1893–1983) is defined by often delightfully bright primary colours, but watch out also for a handful of his equally odd sculptures; his paintings became a symbol of the Barcelona Olympics in 1992. 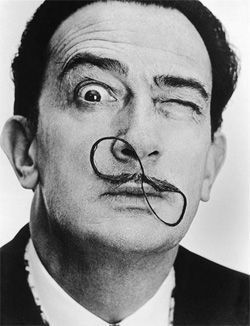 The Reina Sofía is also home to 20 or so canvases by Salvador Dalí, of which the most famous is perhaps his surrealist extravaganza that is El Gran Masturbador (1929).

If you can tear yourself away from the big names, the Reina Sofía offers a terrific opportunity to learn more about sometimes lesser-known 20th-century Spanish artists.

Once you are close to the Reina Sofia, it’s worthy to go for a coffee in a hidden café, at the back of an unexpected tropical garden, inside the interior of an old railway station called Atocha. This is virtually opposite to the Reina Sofia museum.

(One of the premier art galleries in the world)

1500 plays are currently on display, like a window on the historical vagaries of the Spanish soul, at once grand and imperious in the royal paintings of Velázquez, darkly tumultuous in Las Pinturas Negras (the Black Paintings) of Goya and outward-looking with sophisticated works of art from all across Europe. Do not spend as long as you can at the Prado as this consime all your energies for later tapas! make other couple of visits in future…it can be a little overwhelming if you try to absorb it all at once.

Entrance to the Prado is via the eastern Puerta de los Jerónimos or northern Puerta de Goya. Either way tickets must first be purchased from the ticket office at the northern end of the building.

(One of the most important art gallery in the world)

Works of art ranging from the seventeenth century to the main Western representatives. It has extraordinary private collections of predominantly European art in the world; the Thyssen is a place to immerse yourself in a breathtaking of artistic styles. Most of the big names are here, sometimes with just a single painting, but the Thyssens’ gift to Madrid and the art-loving public is to have them all under one roof. It ends up being many visitors’ favourite’ Madrid art gallery.

All three are within a pleasant and short walking distance, not far from the cosmopolitan city centre.

Within minutes, west from Puerta del Sol (Sun’s Gate)  at the heart of  the City Centre are…

Designed in 1619 by Juan Gómez de Mora, the stunningly beautiful Plaza Mayor is a highlight of any visit to Madrid. The grandeur of its buildings is one thing, but this is a living, breathing entity, from the outdoor tables of the terrazas to the students strewn across the cobblestones on a sunny day.
The plaza’s first public ceremony was the beatification of San Isidro Labrador, Madrid’s patron saint. Thereafter, bullfights watched by 50,000 spectators were a recurring spectacle until 1878, while the autos-da-fé (the ritual condemnation of heretics) of the Spanish Inquisition also took place here. Fire largely destroyed the square in 1790, but it was rebuilt and became an important market and hub of city life. Today, the uniformly ochre-tinted apartments with wrought-iron balconies are offset by the exquisite frescoes of the 17th-century Real Casa de la Panadería (Royal Bakery); the present frescoes were added in 1992.

A gorgeous tapas experience in a indoor just refurbished old food market!…try tapas in Madrid the way the Madrileños do! This is walking and exploring old, historic Madrid (at night, even better) visiting tapas bars and meeting like-minded people…

Just west of La Latina metro station, the busy and bar-strewn corner of Madrid marked by the ill-defined ‘Barley Square’ is important to understanding what medieval Madrid was like, although it requires a little imagination. In the wake of the Christian conquest the square was, for a time, the site of a Muslim cemetery, and the nearby Plaza de la Puerta de Moros (Moors’ Gate) underscores that this area was long home to the city’s Muslim population. The square later became a popular spot for public executions – until well into the 19th century, the condemned would be paraded along Calle de Toledo, before turning into the square and mounting the gallows. Teatro de la Latina, at the Calle de Toledo end of the elongated square, stands where one of Queen Isabel’s closest advisers, Beatriz Galindo, built a hospital in the 15th century. A noted humanist, Galindo was known as ‘La Latina’ for her prodigious knowledge of Latin (which she taught Queen Isabel) and general erudition. Only Galindo’s nickname reminds us of what once stood here. Not far from the theatre, the narrow streets of Calle de la Cava Alta and Calle de la Cava Baja delineate where the second line of medieval Christian city walls ran. They continued up along what is now Calle de los Cuchilleros (Knifemakers St) and along the Cava de San Miguel, and were superseded by the third circuit of walls, which was raised in the 15th century. The cavas were initially ditches dug in front of the walls, later used as refuse dumps and finally given over to housing when the walls no longer served any defensive purpose.

A fair selection of choices for falling in love with Madrid!